I haven't kept up to date with the Marvel cinema universe. I've only seen about a quarter of the films they've put out so far if you count all the X-Men, Spider Man and Blade entries. It's incredibly odd then that I've religiously watched every Agents of Shield episode to date. I couldn't even make it through the first two episodes, yet I keep coming back.

Ultimately I watch Agents of Shield out of fear. The episode I miss could be the one that really delivers something I won't be able to find in any other mainstream television show.

This is a series that could potentially deliver something that I'd love to see on TV. What that may be is pretty much in the open. A series where one of the plot threads involves perfecting a super soldier serum opens the door for mainstream FMG, however unlikely. There's the slim chance that there may even be a She Hulk reveal, but almost certainly not. AoS seems to focus on C and D level characters, I'd put She Hulk on the B-tier with Power Man, Iron Fist, Jessica Jones, etc... Even if she's out of contention, Marvel has a lot of similar characters like Thundra, Titania, and Power Princess. Past that, any entry into the Whedon-verse is welcomed.

The problem of course is that Agents of Shield has never really took off despite it's big budget, movie tie ins, and good-enough cast. If you've followed the show at all, you're probably aware of the cottage industry that's formed around diagnosing the problems and offering suggestions. Well I didn't want to miss out on that fun; you can add this post to the pile.

The recent two-parter was a minor success, a C+, and it looks like the series is focusing on their strengths and cutting the rest of the losses. Skye was freed from the group and given solo focus, something that works for the character. Edison Poe--who failed to impress despite one of those fancy works-as-an-anagram names and getting introduced in an elaborate prison escape sequence--was killed off; Simmons was given a few good lines; the Mai/Ward hush-hush relationship was expanded into more of a chessmatch.

But like the rest of the series, the side dishes tasted better than the entree. The advance marketing trumpeted a resolution to the Coulson's resurrection but the reveal was bungled. Most would applaud the efforts of a doctor to save someone's life, even if the surgery was painful. If a patient screamed out "let me die" on the operating table no surgeon would accept the answer. The "brain reconstruction" image was neat, but it really added nothing. Neverless there's still hope for the "why" behind this. As in why is Coulson so valuable that Fury needed to resurrect him? 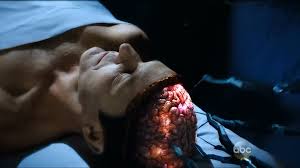 So without further ado some suggestions:

Whether the writers know it or not, this is the remaining conflict in the Coulson arc. What makes him more valuable than any of the dozens of SHIELD agents killed during the series? Fury might have a soft spot after all, but quite frankly the bro-mance angle is a waste.

How's this: Coulson had something Fury needed, and Fury only intended to keep him alive long enough to get it. This can be anything. Coulson knew the identity of a double agent, or the location of a weapons cache, or perhaps even better: the Asgardian sphere that stabbed his heart had a similar virus to what the team encountered in "FZZT" and keeping Coulson alive incubated the potential weapon of mass destruction.

Fury never expected him to live through the process, and ordered the Tahiti cover out of shame and guilt.

What is a SHIELD anyway?

Are the SHIELD badges hypnotic totems? Whenever they're flashed people automatically cooperate without question. In its universe is SHIELD as well known as the CIA or FBI? Even those guys need to get organizational approval when they kick in a door and have a warrant handy to show to the homeowner.

This can be broken out in a number of ways: what if SHIELD needs liaisons with local law enforcement. Opens the door for reoccurring characters.... What if Coulson needs to sit in on property damage hearings? That guy who he saved from getting blasted into oblivion is now suing SHIELD for emotional distress?

Is SHIELD covered in the media? Do they need to testify in front of congress? SHIELD could even serve as commentary on the modern surviellance/contractor state of the American spy apparatus. Dare I dream? Episodes where the CIA and MI6 jointly bungle the handling of a superhuman, and Coulson's team needs to manage the red tape and stop the threat.

Have fun with casting

In episode two, Coulson reunites with a former love interest/partner. She's South/Central American revolutionary type. AoS casted an attractive waif in the role that practically screamed for a saucy full figured woman like one of Jaime Hernandez's Mexican wrestlers.

In another episode, Skye's computer hacker love interest was played by someone who could be described as a potential underwear model. How much more fun if she dated down, and fell for a geeky, pudgy, dweeb? Somebody who split the difference between Edward Snowden and Jaron Lanier.

In the cinema universe Agent Coulson plays a nebbishy, stuffed-shirt foil to the bold impulsiveness of Tony Stark and Thor. That's the joke. In no country would Clark Gregg get mistaken for a man of action. He looks like an accountant. Characters should be underestimating him at first glance.

New characters should greet him with "I expected someone... taller".

It's also okay if Coulson isn't a superhumanly adept at hand to hand combat. Mai, and to a lesser extent Ward, can fill that role. Coulson's there for experience.

If Agents of Shield overlaps with X-Men at all then there'd be all sorts of Senate hearings on the dangers of mutants. There's probably footage of Captain America, Iron Man, Thor, and the Hulk and there's still Youtube to disseminate it.

How would the world react to superhumans? It'd probably look pretty similar to world we live in today. Kids would dress up as their heroes for halloween, pretend to be them at recess. Rappers would co-opt the names of the heroes and villains.

What would happen if Coulson stumbled onto kids dressed like Loki? There's a whole episode right there, thank you Whedon and co.

Why a plane? A team constantly traveling by plane probably wouldn't be the A squad, they'd be backup. Their focus would be to handle ordeals that local agents couldn't. There's no other reason to take ten or twenty hour flights at random. AoS has treated Coulson's team as first responders which just doesn't make sense.

The villanous organization is named "Centepede" of all things. The Asgardian in hiding was played by the guy from Ally McBeal. Yet Agent's of Shield is too insecure to wink at the audience. This stuff is borderline ridiculous. The show can state the obvious on occasion without fear of descending into full camp. Take the opportunity to do so.

When Coulson wrote off "Scorch" as a "bit of a tool" it was honest and true and worked.

If you absolutely need to have an unnaturally attractive cast then at least acknowledge it. Ward's lost his shirt every other episode but Skye is draped in hippie shawls while Simmons is hidden under Victorian-themed academia-casual. 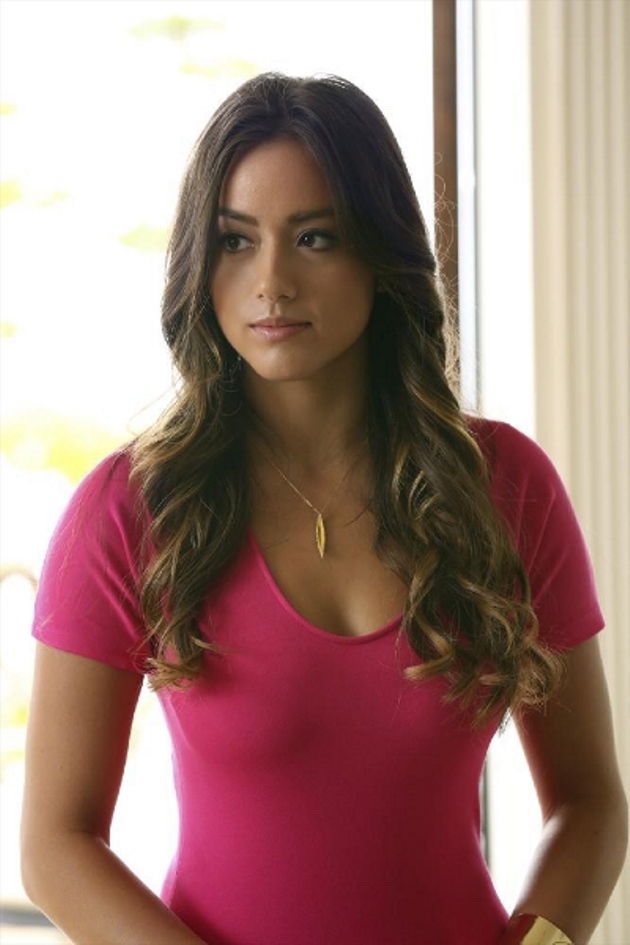 You're telling me they cast Chloe Bennet just to cover her up?

This isn't a suggestion, just an acknowledgement. So far Agents of Shield has produced a few really good supporting characters and whether by chance or design they've been the women. Victoria Hand was solidly cast, and Pascale Armand well exceeded expectations in "Eye Spy", but my favorite has to be Ruth Negga's "Raina".

Here's a femme fatale that deserves to live on in the continuity. A charmer so consoling that she could convince you to knowingly drink poison, and you'd feel obliged for it. Normally these characters traffic entirely in sex, but Raina plays up a more maternal presence. She's a comforter and confidant behind big doe-eyes. Kudos indeed.